What is Shear Wall

Shear Wall is a structural member used to resist the lateral forces of wind and seismic activity. We all know that columns and walls keep the building standing up, It is the shear wall that resists the loads due to Cantilever Action.

This article will give detailed information about the functionalities of the Shear wall and its location in high rise buildings.

To understand the dynamics of shear wall in an easy way , let us consider the shear wall as a wooden square with four edges essentially two columns and two beams. This frame actually supports the compression weight from above , as any load put on the upper beam is transported through the columns to the base of the square.

Putting too much pressure on it’s sides as a lateral force and the square will twist and collapse on itself unless it is braced by supports.

The support implemented by shear walls craft a design obstacle for engineers and architects. Remember the taller the building the greater is the need of Internal shear wall and a lateral force resisting system.

The shape and plan position of the shear wall influences the behavior of the structure considerably. Structurally, the best position for the shear walls is in the center of each half of the building. This is rarely practical, since it also utilizes the space a lot, so they are positioned at the ends. It is better to use walls with no openings in them. So, usually, the walls around lift shafts and stairwells are used. Also, walls on the sides of buildings that have no windows can be used.

Generally the ideal location for shear wall in high rise building is on the center of each half of a building. Shear walls must be built symmetrically around the building’s central axis.

Shear walls are classified into the following types .

This typical shear wall consists of the reinforcements and concrete slab. The wall thickness of Reinforced Cement Concrete varies from 150 mm to 400 mm . The Shear wall starts from Building foundation and end to the Building Top.Concrete is poured into the formworks and removes after the standard time of formwork removal.

This type of Shear wall consists of Steel Plate Walls bounded by the columns .It is mainly used in High rise buildings.The boundary column and the steel plate will act as the vertical plate girder. In here the steel plate acts as the web of the vertical plate girder whereas the columns act as flanges. After the reinforced foundation is finished , the shear wall ‘Anket Bolts’ should be installed in to the reinforced foundation.Then the concrete is poured and the column plates should be installed and level it by grout.

This is the most common form of shear wall in US buildings. The wood frame with vertical studs alone is subject to deformation and collapse, and so the frame is covered in sheathing, typically plywood or oriented strand board (OSB).Thus it assured rigidity under lateral forces.

Moment Frame Shear Wall are created to resist the lateral loads and improve the rigidity of the structural frame , by making connections. By creating moment connections, the spots where the beams and columns come together are kept at 90 degrees. This provides rigidity to the building, creating a resistance to the lateral loads. These connections can be just on one bay (on each floor), so one floor’s moment connections can be removed to show that that floor will collapse with no lateral resisting system, even though the other floors stayed rigid.

These walls are constructed by reinforcing the hollow concrete block masonry, by taking advantage of hollow spaces and shapes of the hollow blocks. It requires continuous steel rods (reinforcement) both in the vertical and horizontal directions at structurally critical locations of the wall panels, packed with the fresh grout concrete in the hollow spaces of masonry blocks. 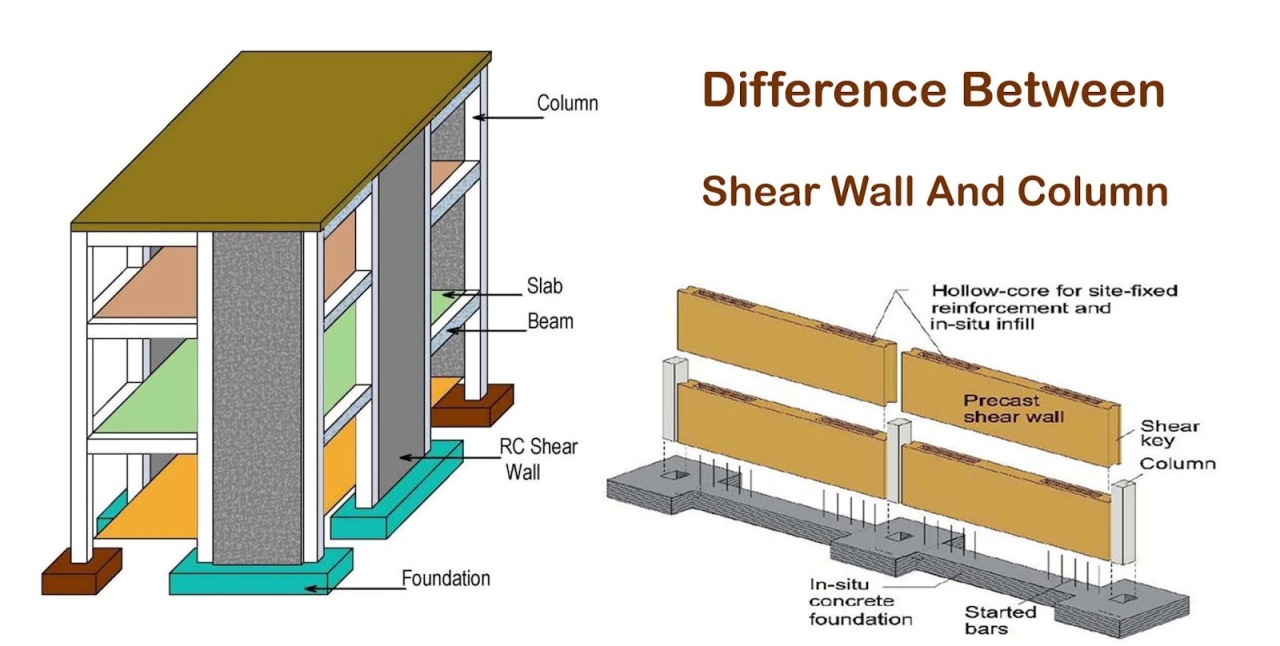 An uplift force is any upward pressure applied to a shear Wall that has the potential to raise it relative to it’s surroundings. This kind of forces can be a result of presure from the ground below wind, surface water and so on.

There are many benefits of Constructing Shear Wall . The advantages of Shear Wall are mentioned below:

We Construct these type of walls to resist the vertical loads /gravity loads and lateral loads.It is structurally combined with the roof of the floor. Due to air drag these walls have to resist uplift forces. The Structural element of the shear wall is extra stable.If we consider the Reinforced Cement Concrete and Shear wall , the supporting area of Shear wall is always high in comparison with Reinforced Cement Concrete .

Shear Wall is the most effective component in building construction as it resist the lateral forces during the earthquake.We can minimize the force of the high and turbulent winds by damaging shear wall due to the impact of lateral forces caused by earthquakes. Steel space shear walls occupy less space than Reinforced Cement Concrete Shear Wall. In developing countries like India ,Bangladesh, Pakistan etc. shear wall are the backbone of Construction Industry.Arrangement of shear walls have influence on material consumption and concrete consumption and steel.