Slabs and its varieties used in Construction

Slab and Its Importance

Concrete slab, a very common and important structural element, is constructed to provide flat, useful surfaces. It is a horizontal structural component, with top and bottom surfaces parallel. The depth of a concrete slab floor is very small compared to its span. Slabs may be supported on two sides only or have beams on all four sides.

The importance of slabs is mentioned below: 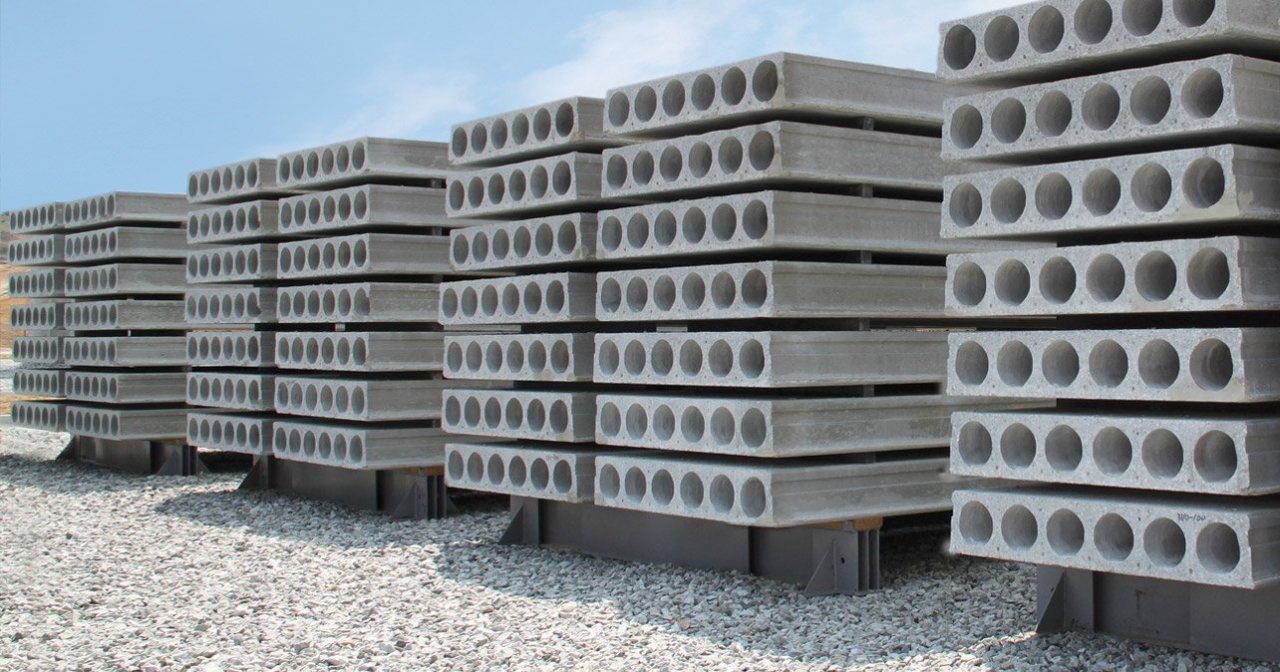 Keeping in mind of the type of building,aesthetic features, and the architecture slabs must be selected: Here we are going to discuss about different kinds of slabs and its merits and demerits

Two-way slabs are supported on all sides. Slabs on beams are suitable for spans between 6-9m, and live loads of 3-6KN/m2 . The reinforcements in both direction increase the stiffness of the slabs, producing relatively low deflection. Additional formwork for the primary and secondary beams is needed.

These type of reinforced slabs are supported directly by columns or caps, without the use of beams. This type of slab is generally easy to construct and requires little formwork. The loads are directly transferred to the columns.

Flat plates can be constructed as either one-way or two-way slabs and are directly supported by columns or walls and are easy to construct and requires simple formworks.
Flat plates are most suitable for spans of 6-8m, and live loads between 3-5 KN/m2. The range of spans for prestressed flat plates is between 8-12m, and it can also be constructed as post tensioned slab.

This type of slab contains square grids with deep sides. Waffle slab construction process includes fixing forms, placement of pods on shuttering, installation of reinforcement between pods, installation of steel mesh on top of pods, and pouring of concrete.
Grid slabs are suitable for spans of 9-15m and live loads of 4-7 KN/m2.

It is a type of precast slab through which cores are inserted. The slab self weight decreases considerably, and structural efficiency increases, the cores also acts as Service Ducts. It is suitable for cases where fast constructions are desired. There is no restriction on the span of the hollow core slab units, and their standard width is 120mm and depth ranges from 110mm to 400mm.It is suitable for offices, retail or car park developments.

It is constructed using hardy bricks which significantly decline the amount of concrete and hence the slab self-weight. The thickness of slab is commonly greater than conventional slab at around 270mm.

It is economical for spans of length up to 5m, and it reduces the quantity of concrete below neutral axis, and moderate live loads shall be imposed. It is constructed at locations where the temperatures are very high. The application of this type of slab can be seen in Dubai and China.

The slab which is tensioned before placing the slab is called Pre tension slab. To pretension concrete the steel is first tensioned in a frame or between anchorages external to the member.

The concrete is then cast around it. After the concrete has developed sufficient strength the tension is slowly released from the frame or anchorage to transfer the stress to the concrete to which the tendons have by that time become bonded.

The force is transmitted to the concrete over a certain distance from each end of a member known as the transfer length.

Post-Tensioning provides a means to overcome the natural weakness of concrete which is in tension and to make better use of its compression strength. The principle is easily observed when holding together several books by pressing them laterally.

Prefabricated concrete slabs are built in a factory and transported to the site, ready to be lowered into place between steel or concrete beams. They may be pre stressed, post stressed or unstressed.

This is a type of slabs which is generally adopted during Bridge Construction. Bridges are subjected to two loads moving loads from the vehicles and Wind load. Slab with arches or (Arch slab) are adopted at a place where there is a need for redirecting the load of the wind and if there is a long curve in direction of slab these slabs are adopted. It resists the fall of the bridge due to heavy wind load.

Cantilever Slab are common features in buildings due to the need to have bigger spaces at upper floors. To get this architects normally extend the slab beyond ground floor, building line, thereby forming a cantilever.

The slab which provided above the door for storage purpose is called Low roof slab. This type of slab is closed at all ends and opens at one end. This slab lies below the actual slab and above the door sill level. These types of concrete slabs are used in houses.

The sunken slab is one of the familiar and adaptable ways to maintain architectural design in especially the washroom, as well as laundry areas where pipes are installed below the floor or tiles. This system is accepted to provide an easy way to install sanitary products and built eye-catching views in those areas.

Slabs which are directly laid on the earth, to support walls and other structural elements are called as Slab on grade or Grade Slabs.

This type of slab is casted directly on ground level. Grade slab itself acts as a foundation for the building which does not need any footings.

Composite slabs comprise reinforced concrete cast on top of structured steel decking, which acts as formwork during construction and external reinforcement at the final stage. The decking may be either re-entrant or trapezoidal, as shown below.

Trapezoidal decking may be over 200 mm deep, in which case it is known as deep decking. Additional reinforcing bars may be placed in the decking troughs, particularly for deep decking. They are sometimes required in shallow decking when heavy periods of fire resistance are combined with heavy loads.

The floor system of a structure can takes many forms such as in situ solid slab, pre-cast units, ribbed slab etc. Slabs may be mounted on either steel or monolithic concrete beams, walls or even directly over columns. Concrete slab behaves primarily as a flexural member and its design philosophy is similar to that of beams.